A plea agreement has been reached for the alleged look-out for a theft of firearms. 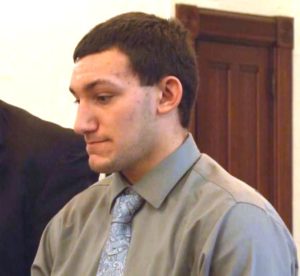 19-year-old Jake Hugall pled guilty to larceny of a firearm for his role in a break-in at a sporting goods store in Hancock last December.

The charge is a felony punishable by five years in prison but Hugall is expected to be sentenced according to the Holmes Youthful Trainee Act.

He was one of three people arrested for the theft.

The cases against the other two suspects are still pending.

Hugall was taken into custody where he will remain until his sentencing.