The planning commission for the city of Houghton met last night, with a lot on the agenda the meeting was concluded late into the night. One item would determine if a parcel of land set to be developed into high density student housing, would be rezoned from R-3 to R-4. The difference between the two designations being how far back the build’s foundation must be from the street or sidewalks. Rezoning the parcel of land would allow developers to build indoor parking below the buildings units, with one parking space for every one and  a half bedrooms. Other landlords that own buildings also on college ave, believe that the rezoning of this parcel could exasperate the current issues with parking the city and university already deal with. And could potentially set a president that other developers could take advantage of such a code, causing parking to become a much larger issue for the city than it already is. And even after hearing many comments from the public, the commission recommended to the council that the parcel be rezoned to R-4, as the potential development would fit into the city’s vision of the master plan.

Another item on the agenda for the night proposes a Kentucky Fried Chicken to be built in the same area as Econofoods, Shell and the Evangel Community Church. The owner of the land that all three buildings sit on, was the only objection to the development. The objection being about traffic and pedestrian flow in and around the parking lot. The planning commission needed to tread carefully to not approve the development but to recommend to the council that the site plans be reviewed before approval.

And the final item on the agenda discussed the parking deck located in downtown Houghton across from Pewabic St. The structure is more than 40 years old, and has seen a number of repairs and watch work done over the years to keep it usable for the community. Discussion of the topic was short and summed up by “it needs to come down.”The commission would go onto recommended to the city council that the parking structure come down and decide on a plan for what will go in its place. 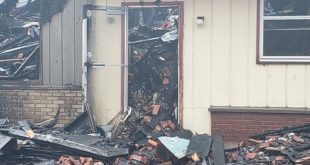