Houghton Man Sentenced To One Year In Jail For Motorcycle Chase

A Houghton man will spend the next several months in jail for fleeing and eluding police officers. 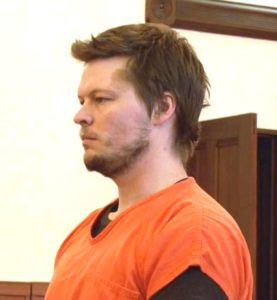 31-year-old Rudolph Voght was sentenced to 12 months in the Houghton County Jail with credit for 31 days time served.

He was also placed on two years probation, during which time he is not allowed to drive a motor vehicle.

Voght pled guilty to leading police on a high speed chase in April when they tried to pull him over on his motorcycle in Houghton.

The chase went on for about 60 miles before he surrendered.

As part of a plea agreement, Voght was not sentenced as a habitual offender, which could have landed him in prison for up to five years.