Home / Featured / Up All Night At Winter Carnival

Up All Night At Winter Carnival

No sleep on campus last night for the students of Michigan Tech as the magic of winter brings several weeks of snow sculpting to completion, earning the honor of display across the university and its reaches even across the Portage Canal.

The University’s Winter Carnival event known as All-Nighter took place throughout the midnight hours allowing snow crafters to finalize their displays before judging this morning.

This year’s theme refers to Innovation, STEM education, and of course—Snowy Situations—and every group who participated has a different application to that theme.

Statues this year include a farm setting by Tau Kappa Epsilon which comes complete with a barn and a silo, along with a combine harvester and a cornfield with corn stalks ready for harvest.

Phi Kappa Tau, in its typical fashion, has a monstrous structure sporting bridges and waterwheels and as much snow both high and wide as contest regulation or property lines permit.

For other groups, the opportunity to present a public spectacle is more about fighting a crusade than winning a contest, such as the case with one display taking aim at a governing body of the university.

“This year, one of our students had the idea of making a mockery of one of Michigan Tech’s Tech Forward Panels that we had last year. This specific panel only had white men on it, so our student had the idea of building panel of white snow people surrounded by a group of widely diverse people on the outskirts,” said Brendan Doucet with the Social Sciences Student Society .

That display is one of the most colorful on campus as many of the snowmen and women are shaded with a food coloring spray, inevitably drawing a passerby’s attention to ask what it means and what is represented.

Doucet said, “We’re hoping just to raise awareness about this type of theme. For STEM and any for any field of study in academics, it’s important to have a diverse set of opinions and lived experiences represented in panels.”

It may have appeared that more law enforcement were present on campus this year, but they weren’t necessarily on patrol. The Michigan State Police in an officer recruitment program is spreading the word that applications are being accepted and had well over a dozen troopers onsite to talk with potential candidates.

“Michigan Tech’s Winter Carnival brings in a huge amount of people from outside the area.  Our department is in the process of hiring a lot of people and we’re here looking for people who want to join the Michigan State Police,” said Post Commander Randy Danison

This is the first year that the Post has held a booth at the event, but Danison believes that it’s an important opportunity and a chance to meet potential future state troopers.

Danison said, “We’re here to answer questions and talk to people and just be a part of the community.”

Another event that’s new this year is X Game level snowmobile jumping on a course that filled the Rosa Center’s parking lot with inflatable snowmobile ramps and a very engaged audience.

“They’re doing front flips, back flips, you name it—they’re in the air,” said student Tia Fedor, who single handedly spearheaded the effort to make the event possible and bring two X Game sled riders to the Keweenaw for a couple of short shows.

Fedor said, “It was kind of a matter of orchestrating between the different groups in the school and the actual vendor. They’re halfway across the country. My first call to Tyler, the vendor, was in June or July, so it’s been about 8 months or 9 months, but it’s totally worth it. Everything is worth it.”

Another long standing favorite All-Nighter tradition that took place is the Free Chili, handed out by members and volunteers with the Michigan Tech Alumni Association.

Hungry spectators enjoyed a warm bowl until supplies ran out later in the night.

“Forty years ago, it was part of my being here and I still remember the chili wagon coming around. Everybody loves the free chili,” said Ruthbun.

Although statue building is now complete, many more events are scheduled throughout the weekend with a full list if events at mtu.edu/carnival. 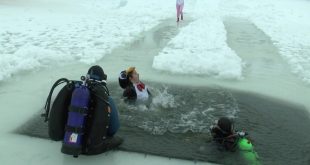 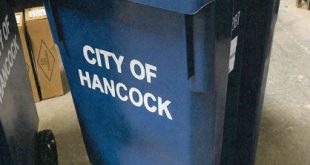 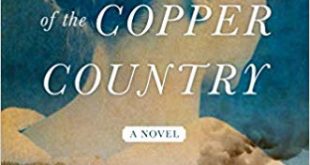