Two groups in Michigan have joined a national effort to ban lead from ammunition used to hunt waterfowl on federal lands. The Upper Peninsula Environmental Coalition and Chocolay Raptor Center in Marquette County participated in a petition to the Department of Interior by the Humane Society of the United States asking for the use of non-lead ammunition. Jerry Maynard with the Chocolay Raptor Center says there are cases of eagles in the state that suffer from lead poisoning. He says lead has already been banned from such items as gasoline and paint because of its toxic nature. Maynard says there was no reduction in hunting when lead was banned from ammunition used to hunt migratory birds in 1991. 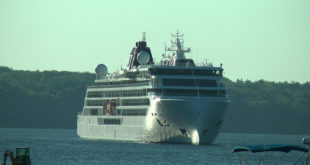