Consumer confidence posted a healthy gain in September due to more favorable prospects for the domestic economy as well as more favorable personal income expectations. That’s according to the Thomson Reuters/University of Michigan Surveys of Consumers. The September reading, the second highest in the last seven years, points toward renewed strength in consumer spending. U-M economist Richard Curtin, director of the surveys, says while the September rebound brought confidence back to its highest levels since the Great Recession, confidence has repeatedly failed to move above this level. The Consumer Sentiment Index was 84.6 in the September 2014 survey, up from 82.5 in August and 77.5 in last September’s survey. 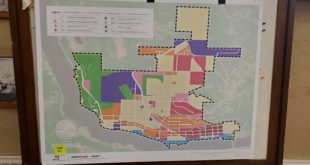 Hancock is entering the final phase of work on zoning with OHM. The majority of …