Home / Featured / Crash kills one Monday outside of Dollar Bay

Crash kills one Monday outside of Dollar Bay 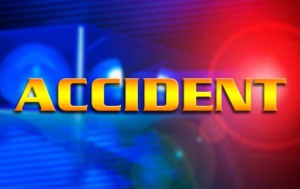 Houghton County Sheriff Deputies report that a 21-year-old Chassell man has died after a two vehicle crash this morning outside of Dollar Bay on M-26.  The accident caused injuries to four others.

The crash occurred near the intersection of the Coal Dock Road, as the department was called to the scene at 7:50.  A 63-year-old male from Dollar Bay, driving a 2005 Chevy pickup and a 2002 Honda Accord, driven by the Chassell man hit head on.

The Chassell driver and a 21-year-old female passenger were both thrown from the vehicle.  Both were transported to Aspirus Keweenaw Hospital by Mercy Ambulance and then flown to Aspirus Wausau, where the driver died of his injuries.  There is no current condition report of the passenger at this time.

The Dollar Bay man was extricated from the pickup using the Hurontown Fire Jaws of Life.  He and two passengers, a 61-year-old female and a 34-year-old male, were transported to Aspirus Keweenaw for treatment of their injuries.  The female was later transferred to Marquette General Hospital for further treatment.  Again there are no condition reports at this time.

A 6-year-old male from Dollar Bay was also in the pickup but sustained no injuries.

The Dollar Bay First Responders, as well as the Houghton and Hancock Police Departments assisted at the scene, where the accident remains under investigation.  Traffic had to be rerouted for several hours during the morning drive on M26.

String of Burglaries Under Investigation

Authorities are investigating a series of burglaries across the Keweenaw Peninsula. A Michigan State Police …