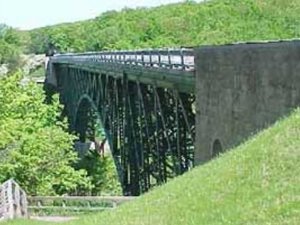 One of the Upper Peninsula’s best-known bridges has a new name. The Cut River Bridge on US-2 in Mackinac County is now known as the “Heath Michael Robinson Cut River Memorial Bridge.” Robinson was a U.S. Navy SEAL from the Petoskey area who was killed in action in Afghanistan in 2011. Governor Rick Snyder signed the legislation early this week.