Catholic secondary education is returning to the Upper Peninsula.

A half-century after it closed, Holy Name High School in Escanaba will reopen next fall.

Holy Name’s pre-K through eighth grade program has continued to operate over the years, and the high school will be added to it. Current principal Joe Carlson will continue to oversee all the grades.

The plan is to begin with freshman and sophomore classes next fall, with higher grades added until the first class graduates in the spring of 2024.

Classes will be held in person in Escanaba, but Carlson says they’re preparing to accept online students from all across the Upper Peninsula.

Officials from the Marquette Diocese began raising money nearly two years ago. They say fundraising will continue, both to underwrite operational costs, and to establish an endowment that they hope will support the school for many years to come.

If you’d like to know more about the re-start of Holy Name High School, contact one of our local Catholic churches. 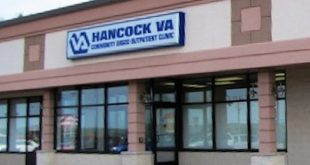