The offenses allegedly took place during the 80’s, when Jacobs was a priest in the Marquette Diocese.

He is scheduled to appear in court on June 1st.

Jacobs, 74, faces life in prison, if convicted of any of the first degree charges.

Nessel said she will prosecute to the fullest extent of the law, those who have used their authority to prey on children.

Hancock looking for applicants for new city board 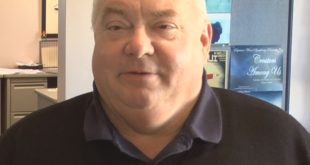