One man is dead after a fire at an apartment building in Calumet. 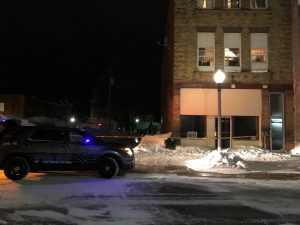 The Calumet Village Fire Department responded to a report of smoke coming from 333 5th Street around 7:15 Saturday evening.

An apartment on the ground level was found burning on the south side of the building.

The tenants living in the upper stories of the building were evacuated by first responders.

Once the fire was extinguished, 46-year-old Leo Gruber was found dead in the living room of the apartment.

There were no other injuries reported.

The state fire marshal has been notified and will conduct an investigation into the cause of the fire.

The incident remains under investigation.