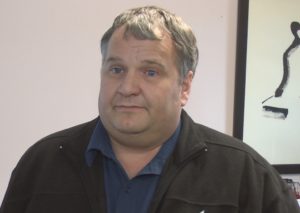 There are a number of changes coming to the leadership of the Village of Calumet.

With positions of trustee, president and clerk all up for election in November, the Village will also be looking for a new Administrator.

Current Administrator Rob Tarvis is resigning after two years on the job.

Tarvis said, “I’m okay with what I did, I mean I lived and breathed that village for two years. It was constantly on my mind, trying to figure out ways to move it forward and do positive things up there.”

Tarvis has accepted a payroll position at the Houghton County Road Commission.

He is also one of two candidates running for Village Clerk, along with Calumet resident Nathan Anderson.

Tarvis said he may be willing to help a new administrator transition into the role.

Tarvis said, “Depending on the election results, I would be willing to help out and train a new person as much as I can. There’s a lot of information there, it’s overwhelming at times with all the different things you need to do.”

Tarvis lists updating the village computer system and helping to get building restoration specialists into parts of the downtown as some of his accomplishments.

But, most importantly, was trying to bring residents together with a vision of Calumet’s future.

Tarvis said, “To me, it’s trying to just get people to work together and trying to get people to move forward and be proud of the community we have up there, because it’s a unique place.”