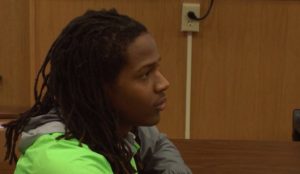 An expelled Finlandia University student was arraigned in Houghton this morning.

The former Finlandia University student and football player is facing a misdemeanor charge stemming from an alleged altercation with another student. Tajuante Anderson, 20, was charged with aggravated assault, which is punishable by a year in jail and a fine of $1,000. Anderson pled Not Guilty.

Court documents said Anderson inflicted serious or aggravated injury to another Finlandia student who is a player on the baseball team. The incident reportedly happened at a party the night of December 2nd.

Anderson is one of five students that were dismissed by the university earlier this week for allegedly “contributing to an escalating hostile climate.” Bond remained at $3,000/10% or $300, which Anderson had already posted.

Most Highway Projects to Pause for Holiday