HANCOCK — As it has every year since Finland became independent in 1917, Finlandia University is celebrating Finland’s Independence Day. This year, since it’s Finland’s 100th anniversary of achieving independence, the University has planned a Gala Concert that can truly be described as a once in a lifetime event. 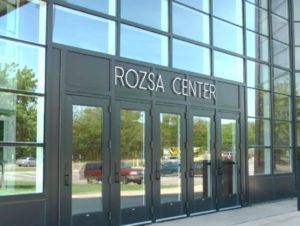 The concert will take place at 6 p.m. Saturday, December 2 at Michigan Tech University’s Rozsa Center, with a coffee social one hour prior. The headliner for this event is Minneapolis-based and renowned pianist Craig Randal Johnson, who will perform two sets of pieces by Finnish composers.

The program will also feature the Copper Country Chorale, whose repertoire will include several Finnish songs, and the Kivajat Youth Folk Dancers, who will perform to three numbers.

Also as part of the program, the 2018 Hankooki Heikki will be announced. This is an honor bestowed upon a person who has worked to preserve and promote Finnish culture in the Copper Country, given annually by the City of Hancock’s Finnish Theme Committee.

The event is free and open to the public. Anyone who has Finnish national attire is encouraged to wear it to the program. For details, call (906) 487-7549.