Firearms Still Allowed In The Capitol Building, For Now

Firearms are still allowed inside Michigan’s capitol building, for now.

Michigan’s Capitol Commissioners failed to pass a pair of proposals, which would’ve banned or at least limited firearms inside the capitol building.

No one was injured, but some lawmakers felt intimidated by armed protesters, and since then, the commission has been struggling to decide what they should do.

Commissioner Joan Bauer called for a total weapons ban, which would only allow law enforcement, security or legislators to carry, but her proposal was defeated.

The second proposal, brought forth by Commissioner William Kandler, would have banned the open carry of weapons, but that was defeated in a 3-3 tie.

Just because the proposals were defeated yesterday, doesn’t mean the issue is settled.

Representatives from the commission are set to meet with Senate Majority Leader Mike Shirkey and Speaker Lee Chatfield to further discuss options.

A Second Amendment rally is scheduled for the capitol on Thursday, and lawmakers will not be meeting that day. 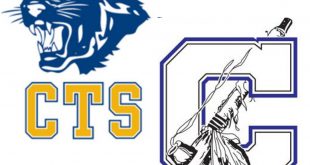