The City of Hancock’s application to take part in the national flood insurance program, has been approved, in a letter from FEMA.

This was announced last night, during Hancock’s City Council Meeting.

No date yet on the opening of city parks with playground equipment.

She said this regarding road construction.

The Hancock Business and Technology Park is moving along, and will be further discussed during the June 17th meeting.

Look for the Farmer’s Market to open on June 18th.

It will be open Thursdays from 3p-6pm.

Social Distancing guidelines will be in effect.

The Detroit Institute of Arts plan to display art pieces in 7 different areas is still on, but has been pushed back a few weeks.

It was also noted the Spring Clean Up may turn into a Fall Clean Up, due to COVID-19 concerns.

Ordinance 307, which deals with the marijuana ordinance fee, will be voted on, when the final vote takes place.

Scott Dianda, on behalf of Tranquility Farms, spoke of their target demographic.

The meeting ended with a motion approving the parking direction change on Ravine Street from perpendicular to parallel between Franklin Street and Hancock Avenue. 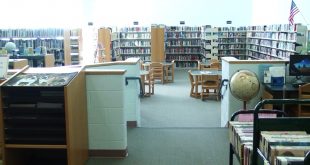