Will the Master Plan strip away the authority of the Hancock City Council when it comes to ordinances? 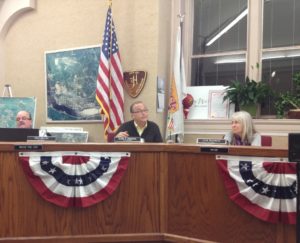 That was one of the questions the council pondered at their regular meeting Wednesday, which had been raised by local resident Dave Chesney.

A draft of the Master Plan, put together by the Planning Commission, is open to public comments.  View the notice here.

Chesney said if the city passes the Master Plan, they could be forced to comply with that plan even when it conflicts with a city ordinance.

Rather than find themselves in a possible future court battle, the council passed a resolution that they would have final say in such matters.

A public hearing for the Master Plan is scheduled for December 11th.