The Houghton City Council is ready to start the business of governing the city following Tuesday’s organizational meeting.

All elected members were sworn in, which included one new face–newly elected Buck Foltz.

Foltz saw the opportunity to join the council when Councilman Craig Kurtz retired.

Foltz believes he will be a good representative of the residents of the city.

He says it’s important to see Houghton continue to prosper and improve as a community.

Keep things moving in the right direction—that’s the motivation of the Houghton City Council in sticking with their current leadership.

At Tuesday’s organizational meeting, the council voted unanimously to reelect Robert Backon as mayor and Robert Megowen as mayor pro-tem.

Backon says he appreciates the support of the council.

Backon was reelected last week to a two-year term on the council, but a decision of what to do in 2018 is still down the road.

The next regular meeting of the council is November 30th. 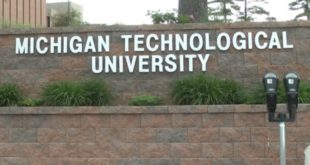