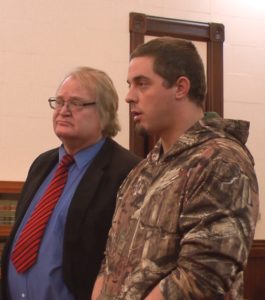 The Atlantic Mine man pled Not Guilty at his arraignment in Houghton County Circuit Court Monday.

Rothenberger was arrested in late November after officials at Houghton Elementary School complained to police that the suspect was acting suspicious.

The school went into a “shelter in place” situation as a precaution.

Police allegedly found marijuana and a properly stored firearm in his vehicle, though it is not believed he intended to harm anyone.

The prosecution previously indicated Rothenberger has a medical marijuana card.

A pretrial hearing will be held in about 30 days.

A Minnesota woman is dead following a snowmobile crash Friday evening in Marenisco Township. The …