For the original story by ABC-10’s Jerry Taylor, click here.

The ban on people entering the United States from certain countries is having on affect on residents here in Houghton. 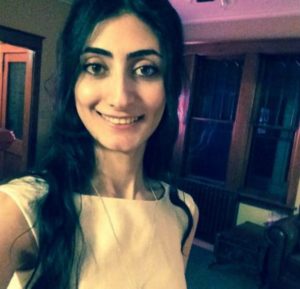 Michigan Tech research assistant Shadi Darani is from Iran, one of the seven countries that are not allowed to bring anyone to the U.S.

On Friday, her mother flew from Iran to Philadelphia, a 16-hour flight one-way, to see Shadi and her sister.

The Executive Order prevented their mom from entering the country.

She was put back on a plane to Iran without seeing or talking to her daughters.

“We don’t know what to do. We think this is unfair to prevent a mom from seeing her daughters,” said Darani. “She has dreamed about this day to come see us. To prevent her in the last minute without knowing what’s happening, it was really shocking for her. She’s not in a good condition right now physically and emotionally. She was on the plane and in the airports for almost four days.”

Shadi and her sister worked for more than a year to get their mom a VISA to visit them.

According to a Senior Department of Homeland Security Official, more than 100 people have been denied entry into the United States since President Trump signed an Executive Order Friday, banning people from seven countries from entering the United States the next 90 days.

Most Highway Projects to Pause for Holiday