As college students enter adulthood, they face many uncertainties related to their finances. 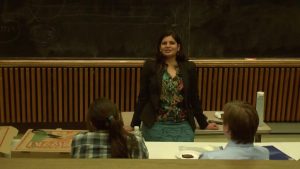 Michigan Tech’s economics club shed some light on some of those concerns Thursday night by hosting a lecture featuring Assistant Professor of Economics Dr. Latika Gupta as the key speaker.

Rising tuition costs, inflation, automation and greed were some of the points discussed at the lecture.

“I learned a little more about the Great Recession. I didn’t know too much about it before hand. I knew it was something my parents got really stressed about,” said William Cornillie, a fifth year student who attended the discussion.

Most of the conversation pertained to the housing market and the crash that followed.

As many homeowners struggled to make payments while their dwellings decreased in value, it was not uncommon for homeowners to walk away from their mortgages. This lead to over $900 billion in stimulus funding under the Bush, and Obama administrations. 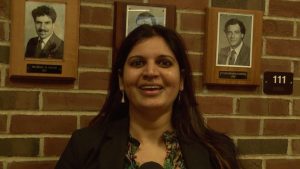 Professor Gupta attributed the market crash to many factors, including the federal government.  Gupta said, “Fannie Mae and Freddie Mac are two government based agencies that were essentially created to promote home ownership amongst everybody, including low income households. They were also working in cahoots essentially with the financial institutions to create mortgage based securities and found out to be actually risky securities in the end.”

Gupta says that nearly ten years later, spending habits have changed amongst a younger generation and she anticipates that the auto industry could be the next to face a financial failure.

Gupta said, “We are seeing a generation that does not want to buy a car as frequently as their parents’ generation did. And one of the tools that they (auto makers) resorted to was the creation of the sub-prime auto loan market, which is very similar to the sub-prime housing market. This might actually end up leading to a crash eventually.”

As an example of inflated vehicle prices, she stated that in 2016 automakers gave more dollars in consumer discounts, than they paid their entire labor force.

She also said that since the housing market crash the lending industry has become more regulated to prevent a reoccurrence.