The Keweenaw National Historical Park’s Advisory Commission will now be guided by a new Executive Director.

Outgoing Executive Director Scott See gave his final report to the council at their quarterly meeting Monday.  See is stepping down after ten years to pursue other opportunities and replacing him is Michigan Tech’s Sean Gohman. 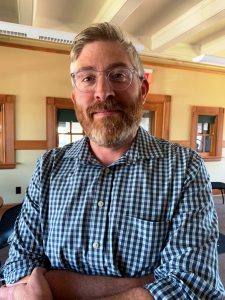 Gohman has a history of supporting the park in various projects.  “As a student at Michigan Tech, I received Heritage Grants from the Advisory Commission in order to fund some of the work I did at the Cliff Mine, as well as do a regional-wide study on the importance and significance, and even just the identification, of waste piles related to copper mining,” said Gohman.  “Other than that, I’ve been involved in some of the planning stuff with the Quincy Smelter over the years and things like that. I was a member of the Quincy Smelter Association, which works with the Advisory Commission and the National Parks as well.”

Gohman just started in the position a little over a week ago but hopes to continue the progress initiated by his predecessor.  “At this stage, what I’m doing is continuing the good work that Scott has done,” he said.  “As I grow into the position, I’m hoping that maybe lightning will strike and some other great ideas are going to come through. I do have a nice laundry list of ideas right now but it’s too new to even know what’s possible at this point.”

It’s been a busy summer at the park with attendance up an estimated 13 percent.

You’re invited to join the Upper Peninsula Environmental Coalitions livestream tomorrow at 7pm, with the …