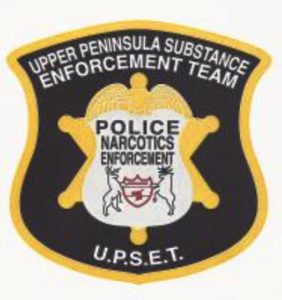 This team will provide an increased level of narcotics enforcement to combat the growth in drug-abuse and drug-related crime in the region.

This is partly due to the national rise in opiate-dependent drug seekers that drug dealers are capitalizing upon by providing them with opiate-based heroin.

Heroin is a destructive drug that can lead to addiction, serious health issues, poor judgement, and death.  For example, the Center for Disease Control states that the rate of overdose deaths involving opiates has increased by 200% since 2000, which causes untold pain and suffering for families and communities.

In terms of criminal activity, individuals who are seeking to support drug habits commit approximately 80% of crimes.  Locally, 99% of breaking and entering crimes involve drug-seeking perpetrators. Such activities reduce the quality of life in the community and jeopardize peoples’ safety.

In order to halt this growing epidemic, law enforcement and community members have united to support a plan that calls for an increased UPSET presence within the Western Upper Peninsula.

UPSET serves the largest jurisdiction, in terms of square mileage, within Michigan. In an effort to decrease response time and increase narcotics enforcement, UPSET utilizes four sub-teams within the Upper Peninsula, known as UPSET North, UPSET South, UPSET East, and the newly formed UPSET West. Along with specialized services – such as narcotics enforcement – community education, awareness, prevention, and collaboration with local police agencies are additional focuses.

“In the fall of 2015, local law enforcement officials approached the Portage Health Foundation with a request to support this effort,” said Houghton City Police Chief, John Donnelly. “After a number of meetings, we were able to get area law enforcement agencies, the Portage Health Foundation, and the local community to work together to figure out how we are going to address the increased drugs in our community.”

Since February, the Portage Health Foundation pledged to support the effort with an award of $120,000 to cover operational costs associated with specialized narcotics enforcement for the first year.

According to Chief Donnelly, UPSET West desires to have at least three years of operational funding paid for initially to sustain and secure this increased narcotics enforcement presence.

“To date, with support from the Portage Health Foundation, we have raised approximately $484,000 in funding to support UPSET West,” said Chief Donnelly.

All of these contributions demonstrate that an increased UPSET presence within the Western Upper Peninsula is well supported. However, UPSET West continues to seek further community support in order to ensure the team’s longevity.

According to Kevin Store, Executive Director of the Portage Health Foundation, “Our motto is ‘you make the difference – together, we make it possible,’ which is precisely what is happening. We have many individuals and businesses each making a difference, but coming together as a whole to make our communities safer through supporting UPSET. As a foundation, we are proud to support our many law enforcement agencies’ efforts focused on education, awareness, and prevention and whose work contributes toward making safer and healthier communities for everyone.”

Run or Bike Around the Keweenaw This Memorial Day Weekend

After two years off because of the COVID-19 pandemic, Baraga County kids will have a …