A plea agreements has been reached in a drug case from Atlantic Mine. 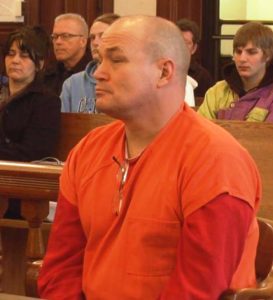 Ruotsala was arrested in October at his residence following a drug bust.

A 20-year Delivery or Manufacture of Meth felony charge was dismissed along with a felony domestic violence charge as part of the plea agreement.

Ruotsala’s minimum sentence will also be capped at 30 months when he appears in court again in 30 days.