He was last seen late in the evening at his residence in Hancock on January 12th.

At some point between 11:30pm and 6:00am the following morning, Ryan left the house on foot–leaving behind his wallet and his cell phone.

He appears to have headed down Dunstan Street toward the BP Service Station, but after that, it’s a mystery.

Ryan’s mother Marilyn Clark said, “We do know that he didn’t cross the bridge at that time on foot. We’ve had the scent dogs from Wisconsin here and they followed the trail from our house, which is in east Hancock, down the hill to Dave’s BP. So, he’s either gone toward Hancock or toward Ripley-Lake Linden.”

It’s also possible that Ryan got into a vehicle at that point, but either way, he hasn’t been heard from since.

Ryan’s brother came back from a business trip in Japan to help with the search.

Ben Clark said, “We were able to get into Ryan’s computer, so I’ve been looking at his email and his records to see if there’s any information there. I work for Google, so I’m pretty comfortable around a computer. I’ve been trying to track down anything forensic that we can find there.”

His sister came up from downstate to help out and says the support they’ve received has been amazing.

Jacqui Clark said, “Everybody has been reaching out to us, letting us know that they are thinking of us, that they are on the lookout. People from Ann Arbor, all over Michigan, all over the U.S. have really helped us spread the word.” 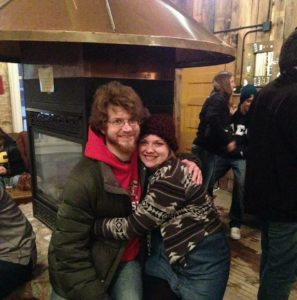 The family asks that people continue to keep an out for Ryan, either in the area or in places he is familiar with, such as St. Joseph, Ann Arbor, Detroit, and Chicago.

They ask if anyone is headed to these areas to take posters with them and follow Search for Ryan Clark on Facebook. https://www.facebook.com/SearchforRyanClark/

Anyone with any information should contact the Houghton County Sheriff’s Office at (906) 482-0055.

Click on the highlighted scores for more details. MLB The Tigers had yesterday off, and …