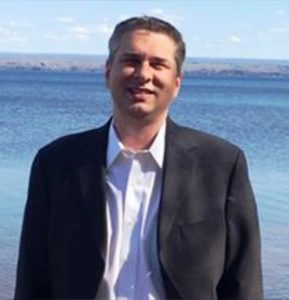 BARAGA — Ken Summers announced his candidacy for Michigan State Representative for the 110th House District amongst supporters at the Baraga County Lumber Jack Days Festival. Summers filed his affidavit in Lansing, MI on June 15 and has been touring the Western U.P. since then. His visits included Ishpeming, Ironwood, Houghton, Baraga, Greenland, and Calumet.

He intends to continue the work of Representative Scott Dianda, currently serving his third term representing the 110th House District. Summers explained the reason he decided to run is because he feels the Western U.P. needs a strong voice in Lansing.

When asked, Summers described his priority as squarely focused on community and families. Being from L’Anse, he has witnessed firsthand the effects of low employment, high utility costs, underfunded schools and CTE programs, and the challenges of logistics and transportation on communities in the U.P. Summers explained these are some of the issues he hopes to address when he gets to Lansing.

“I am going to ask people to tell me what keeps them up in the middle of the night. Then I am going to listen. So, on day one, I will be able to represent, fight for, and be a champion for everyone in the 110th.”

Summers spent several years working as a Commodities Trader in Chicago, IL. As the industry trended towards electronic trading, he recognized the opportunity to return home to the U.P. where he could offer his son the same experiences that he enjoyed as a young boy.

Summers shared what keeps him awake at night, “my son’s future”.