Home / Featured / Trial Date To Be Set For Marijuana Suspect

Trial Date To Be Set For Marijuana Suspect

A case against a Grand Rapids man accused of selling drugs in the Houghton area is moving forward. 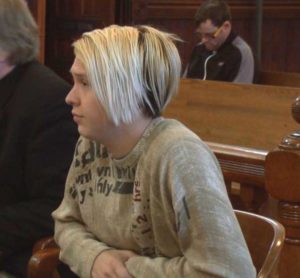 His attorney requested a trial date be set with another pretrial ahead of it in hopes of working out a resolution beforehand.

A list of potential witnesses was turned in by the prosecution, who said a trial would take about two days.

Ettinger is facing three counts of Delivery and Manufacture of Marijuana, felonies punishable by up to four years in prison.

He previously waived his arraignment in circuit court and a Not Guilty plea was entered on his behalf.

Ettinger was arrested in February after UPSET Detectives executed two search warrants and seized marijuana packaged for distribution along with prescription medication suspected of being altered with acid.

He is currently out on bond.