As jail overcrowding is still an issue of concern for Houghton County, plans are in the works to add more cell space to the facility. 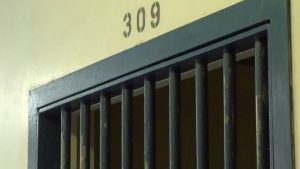 Residents of the county will vote later this year on a proposal to expand the county jail.

The current facility was built over 50 years ago and has had several retrofitting operations over the years to adapt to its changing needs but Sheriff Brian McLean says that the building is just not big enough to properly house more inmates.

McLean said, “Once again our jail overcrowding is continuing to be a problem. We’ve been fighting this problem for decades and we’ve just run out of cell space.”

The Sheriff and several other county officials met recently with designing consultants to construct a floor plan that would that would add more cells by building an addition in the rear of the jail.

Although the plan will still need voter approval in November, the Sheriff says that the recent three day planning session gives the county a more accurate idea of cost estimation. 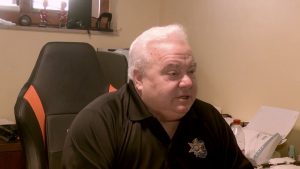 McLean said, “A new idea has been floated to just add an addition on to the jail behind the county courthouse, the area of the parking deck. But first thing’s first. How much is it going to be? How big can it be? And will it fit there? That’s what precipitated this meeting with the consultants and the architects and the engineering firm.”

Jail capacity is 26 inmates, and Sheriff McLean says that the facility usually houses more than 30.

The proposed blue prints would also directly connect the building to the courthouse allowing for indoor foot travel between the two facilities.