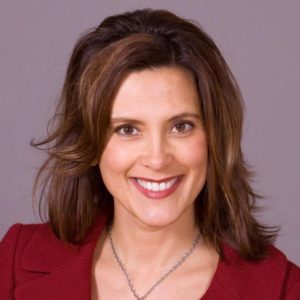 Gubernatorial candidate Gretchen Whitmer is touring the Upper Peninsula this week as part of the the launch of her campaign.

Whitmer, a former State Representative and State Senate Minority Leader, has been a proponent of women’s issues, education and health care.

With so many changes happening in Washington and Lansing, Whitmer says she wants to maintain a positive message in her campaign.

Whitmer says she is learning a lot about issues that are important to U.P. residents–one being the exploratory drilling being done in the Porcupine Mountains.

She says government must exercise real oversight when it comes to protecting the area’s natural resources.

You can hear the entire interview with Gretchen Whitmer here:

Click on the highlighted scores for more details. MLB The Tigers had yesterday off, and …