The Secretary of State’s office is backing the governor’s budget proposal that calls for $10 million to replace aging voting equipment.

He says the equipment currently being used was rolled out in 2004 and 2005 and is beginning to show its age.

Under the plan, the state money would be paired with $25 million in federal and $5 million in local funds.

Local cities and townships will own and maintain the equipment.

The Reason Details Of Positive COVID-19 Cases Are Not Shared 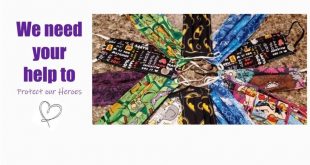 Face Masks Of The Keweenaw Needs Your Help

Michigan’s COVID-19 Cases On The Rise

Houghton Community Broadcasting has teamed up with the Copper Country ISD, to help students get …