With three-and-a-half weeks to go in the United States Census, the final push is on to get as many residents counted as possible.

At a news conference in Lansing yesterday, State Demographer Eric Guthrie reported that 71 percent of Michigan households have self-reported their status… [GUTHRIE B].

We’re tied with Illinois for the seventh-best self-response rate in the nation.

But, even when you add in the additional responses obtained through door-knocking over the last two months, Michigan still has around 20,000 uncounted households, representing around 50,000 people. Michigan Nonprofit Association President Donna Murray Brown says that will cost us in federal funding…

…or $1.5 billion during the 2020 decade. Guthrie says the non-responses tend to be in two types of areas – low income areas, both urban and rural, and areas with transient populations…

Such as – Keweenaw County, which has the second-worst self-response rate in the state, at just under 30 percent. Remember, even if you have multiple homes, you should file as a local resident if you live here more than six months out of the year.

Census forms can still be filled out through October 31st. Find out about the census, and complete the online form here.

COVID numbers high, may be undercounted 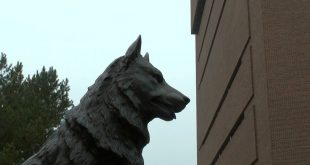 The ghosts and goblins are down at the smelter this year, Thursday through Saturday. Manager …