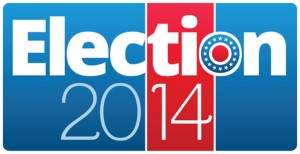 Two statewide proposals will appear on your November ballot. Both may ultimately be meaningless. Each proposal addresses one of two laws that were passed during the last two years to authorize wolf hunting in Michigan. Proposal 14-1 addresses the original bill that established the wolf as a game species. Proposal 14-2 deals with the second bill that transferred control of hunting of wolves and certain other species from the legislature to the Natural Resources Commission. In each case, a “yes” vote affirms the law, and maintains the status quo. A “no” vote repeals the law, returns us to the position we were in before the law was passed. That would eliminate wolf hunting… at least, for this year. The legislature recently passed another law that replaces the two laws targeted in the proposals. The citizen-initiated measure moves control of game species to a panel of wildlife professionals. It will take effect early next year. The panel could reestablish a wolf hunt at that time.

Giving Tuesday: Friends of the Porkies

There are more than 100 friends of state parks groups around Michigan, but only one …