Brian K. Anderson, age 59 of L’Anse, MI passed away Saturday, November 19, 2022 at Baraga County Memorial Hospital. He was born in Farmington Hills, MI on March 30, 1963 the son of the late Wesley K. and Bertha (Kanniainen) Anderson. Brian graduated from high school in Farmington Hills and attended college at Bay de Noc Community College in Escanaba, MI. He had worked as a mechanic at his family’s Mobile Gas Station in Brighton, MI and when he moved to Calumet, MI he ran his own business, Quality Auto until his retirement. Brian married the former Josette Dompier in Houghton, MI on September 16, 2016. He enjoyed working on cars, going out on the boat and camping.

Brian is survived by his loving wife Josette of L’Anse, children Martin (Kelsey) Dompier of Nisula and Brianna Dompier (Drake Sullivan) of L’Anse, grandchildren Brady “Iron Man”, Addilynn, Lakelyn, Blake, Carter, Liam and one on the way, niece Elise, great niece Breannah, great nephew Jared, his father-in-law and mother-in-law Jerry and Diane Dompier of Baraga, and numerous aunts, uncles and cousins. He is also survived by his cat “Little Buddy”. Brian was preceded in death by his parents, his brother Bruce and his nephew Brandon.

Funeral services for Brian will be held at 2 p.m. Friday, December 2, 2022 at the Reid Funeral Service and Chapel, L’Anse with Father Corey Litzner officiating. The family will greet friends at the funeral home on Friday from 1 p.m. until the time of the funeral service.

Spring interment will take place in the Lakeview Cemetery in Calumet, MI.

Brian’s obituary may also be viewed and condolences sent to the family at www.reidfuneralservicechapel.com 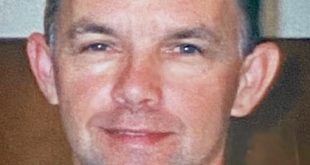