She was born December 9, 1960 in Muskegon, MI daughter of Robert and Joyce (Tierman) Mitchell. Cindy graduated from Irving Crown High School in 1979. She married Bruce Edwards and they resided in Rockford, IL where she managed the food service at a gas station. In 2009 she moved to L’Anse and worked at Krist Gas Station and Pat’s Foods. Cindy enjoyed knitting, crocheting, and cooking.

Surviving are her son Duncan Edwards and daughter Catie Edwards, both of L’Anse; brother Mark (Theresa) Mitchell and sister Shawn (John) Erickson, both of IL.

Preceding her in death are her parents; husband Bruce Edwards; brothers David and Robert.

There will be a private family memorial service. Arrangements are entrusted to Jacobson Funeral Home. 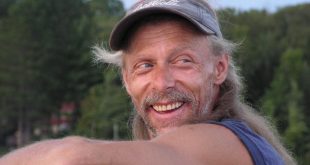 As received from the Pearce Funeral Home: John B. Hosang – 80 years old, passed …