2 weeks ago Obituaries Comments Off on Obituary: Donald Laplander 1,220 Views

Donald L. Laplander, 76, a resident of Calumet passed away on Tuesday October 5, 2021 at the Marshfield Clinic.
He was born on November 24, 1944 in Highland Park, Michigan to Uno and Elsie (Linquist) Laplander. He attended the local schools. Following high school, Donald began working in the C&H Mining Company and the Homestake Mining Company.
He then went on to serve with the United States Army, and was honorably discharged in 1964.

Donald worked as a mechanic at Dave’s Auto for several years and then went on to work at Stranwood Molding until they closed in 2006.

And several nieces, nephews, and cousins 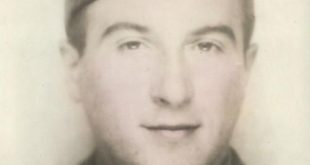