Laurium – Donald T. Brusso, 87, passed away peacefully at the Omega House on Friday June 28 with his family by his side.

Don was born in Florida Location December 8, 1931 to Dominic and Lucille (Krug) Brusso. He at 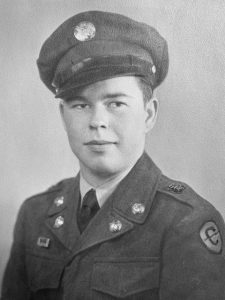 tended local schools. Don served in the US Army from 1948 to 1952. He married Norma Mackey in 1956, and the couple resided in Laurium. Don owned and operated Laurium Auto Body Shop from 1956 to 1972. He then worked for the Calumet Public Schools for twenty years as a bus driver and custodian, and retired in 1992. Don enjoyed the outdoors, especially fly fishing for trout and small game hunting. He was a long-time member of the VFW and the NRA.