Floyd F. Bergeron, age 85 of Keweenaw Bay, MI passed away at his residence on Monday, February 8, 2021. He was born in Keweenaw Bay on February 17, 1935 the son of the late Theodore and Dorothy (Aubin) Bergeron. Floyd graduated from St. Leo’s High School in Detroit, MI in 1953. He married the former Helene Krzesimowski in Detroit on June 18, 1956. She preceded him in death on June 14, 2012. Floyd had been employed in the auto industry for over 40 years and retired in January of 1995. Following his retirement, he and Helene moved back to Keweenaw Bay. Floyd was a member of the Catholic faith and attended Most Holy Name of Jesus Catholic Church, Assinins, MI. Floyd enjoyed fishing, hunting, watching the Price Is Right, telling stories, reminiscing, and loved to drive his Mustang Convertible.

Floyd’s obituary may also be viewed and condolences sent to the family at www.reidfuneralservicechapel.com 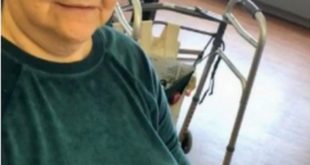