3 days ago Obituaries Comments Off on Obituary: Hester Butler 692 Views

She was born on September 11, 1934 in Gary, Indiana to Leslie and Julia (Batterman) Muzzall. She attended high school at Hebron High School in Indiana, graduating at the top of her class of 1952. She went on to further her education, obtaining her bachelor’s degree in education at the University of Indiana, after which she taught elementary school in Indiana for several years; later, she received her master’s degree in education from Northern Michigan University in Marquette.

Hester married George Robert “Bob” Butler on January 3, 1959 in Hebron, Indiana. Shortly after the couple was married, Bob took a job in the oil industry and they moved their family to Saudi Arabia for work. The family moved to the Copper Country in 1968, where Hester became a teacher at Morrison Elementary School in Calumet, teaching fifth and then third grade for many years. She taught there until she retired in 1988.

Hester had many passions in her life. She loved to read and always had a book close at hand. She loved the outdoors, enjoying camping, gardening, and taking walks in the woods, always with her guidebooks in hand in case she encountered an unfamiliar plant or animal. She enjoyed learning new languages, including German, Finnish, French, Spanish and Arabic, and she had a real love for education, taking numerous classes for the enjoyment of it. She traveled widely, always making a point to visit museums and historic sites.

She played piano from a young age, and later played the organ at her church; after her retirement she took up the violin and learned to play the pipe organ and the kantele. She also loved to dance. She and Bob went dancing every week, and if there was a polka band anywhere around you would be sure to find them there. She also enjoyed and taught European folk dance for many years. She also tried her hand at a number of arts and crafts, was an avid weaver for many years, and greatly enjoyed painting, producing a number of pieces over the years.

She was a member of Christ Episcopal Church in Calumet where she played the organ, and the South Range Eagles where she served as treasurer in the Women’s Auxiliary; she also volunteered for a number of local organizations including the Coppertown Mining Museum.

Hester was preceded in death by her husband Bob and her parents.

She is survived by:

Burial will take place in the Lake View Cemetery at noon on Friday, September 17, 2021.

The Erickson Crowley Peterson Funeral Home is assisting the family with the arrangements. 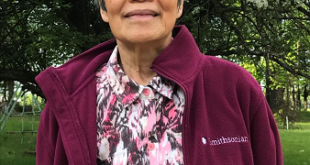 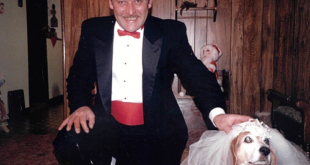