2 weeks ago Obituaries Comments Off on Obituary: Irene A. Pelto 3,405 Views

Irene was born on the Torro farm in Tapiola, the youngest and last surviving child of Abram and Wilhelmina (Moilanen) Torro. She attended John A. Doelle school in Tapiola graduating in 1943. Irene married Leonard Pelto on May 6, 1944 – a marriage lasting 72 years. The couple resided in Tapiola, Pelkie and Crystal Falls. Upon retiring in 1982 they returned to the Copper Country living on the family farm in Tapiola and later in Houghton.

Irene and Leonard enjoyed traveling, fishing on Lake Superior, camping, skiing and snowmobiling. In later years they spent several winters in Texas and Arizona. Irene enjoyed life as a homemaker and visiting with family and friends. She was very proud of her grandchildren and great grandchildren, sharing stories of them with everyone friends and strangers alike.

A memorial service will b held at Mission United Lutheran Church in Pelkie at a later date with burial in the Pelkie Cemetery.

The family wishes to thank the outstanding staff of Canal View who not only provided Irene with excellent care but also a compassionate and loving “family”.

In lieu of other expressions of sympathy the family suggests a donation be made to Mission United Lutheran Church of Pelkie or a charity of your choice.

To view Irene’s obituary or to send condolences to the family please visit www.memorialchapel.net. 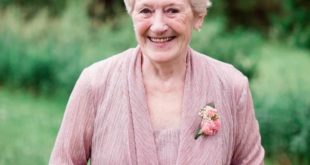