Jack T Treganowan, 79, a resident of Eagle River passed away on Jun 7, 2022 at Mission Point Nursing Home in Hancock Michigan.

He was born on June 3, 1943, in Mt Clemens, Michigan to Thomas J (Jack) and Thelma (Peggy)(Basney) Treganowan. He Spent his early years in Algonac, Michigan and attended the local schools and graduated from Algonac High School with the Class of 1962.

Directly after high school Jack went into the Army and was stationed in Fort Bliss Texas. Afterward, he moved back to Algonac. He owned a marine construction company and worked in a tool and die company. He soon went to work for Ford Motor Company as a millwright. On September 25, 1977 Jack was united in marriage to Carol Skuta in St. Clair Michigan. In 1993 Jack and his family moved to Eagle River Michigan. He worked for several tool and die companies and also at Horace Greeley Camp for troubled boys as a welding instructor.

Jack was an outdoorsman at heart. He loved hunting, fishing and trapping. He also loved spending time with his children and grandchildren. He was always the one to tell the stories and keep his friends and family laughing.

Jack and his wife Carol owned and operated the General Store in Eagle River since 1993.

He was a member of the Christ Episcopal Church in Calumet, the Masonic Lodge in Hancock, and the Keweenaw Kernewek.

Jack is preceded in death by his wife Carol Treganowan. His parents Jack and Peggy Treganowan, His sister Diane Saph, his granddaughter Missy Dev and his niece Bobbi Jo Niebauer.

Jack is survived by:

Along with many cousins and friends on both sides of the pond.

Visitation will be held at Erickson Crowley Peterson Funeral Home on June 11th. at 10:00am. A funeral service will follow at 12:00 pm in the funeral home. A procession will leave the funeral home to Eagle River, Jack and Carol will ride past the lake and there home. Burial for both Jack and Carol will be at Evergreen Cemetery in Eagle River Michigan.

A celebration of life will be held directly following at the Houghton Township Community Center in Eagle River.

In lieu of flowers please donate to the Copper Country Humane Society, plant a tree or take a walk in the woods.

The Erickson Crowley Peterson Funeral Home will be assisting Family with arrangements. 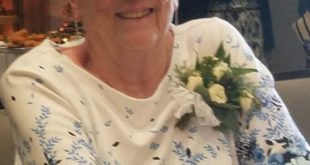 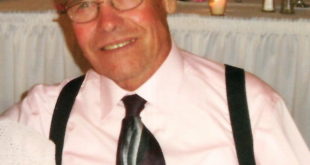 As received from Memorial Chapel Funeral and Cremation Service:      Paul C. Hughes, 72, a …