Jim was born on October 30, 1934, in Barranquilla, Colombia, with the given name Jaime (pronounced “Hi May”) Adolfo. He was raised by his late mother, Alicia Held de Brusse (“Mamali”), and grandfather, Adolfo Held Soto (“Papabuelo”). Together with his brother, Adolfo (“Fito”), two years his senior (who also died at 87), the four lived in a beautiful home in the center of Barranquilla, a large tropical port city on the Atlantic coast.

Jaime attended primary and secondary school at the Colegio de San Jose, a Jesuit priest run school in the heart of Barranquilla, where he graduated with many honors at the age of 16. He spent 1 year in college at the Universidad Industrial de Santandera in the Colombian city of Bucaramanga after which Papabuelo recognized that he would excel by going to college in the USA. Papabuelo asked his daughter, Lina, living in Stamford, CT, to research top engineering colleges in the USA and she recommended the Drexel Institute of Technology (now Drexel University) in the heart of Philadelphia. In 1952 at the age of 17, Jaime left Barranquilla to study civil engineering at Drexel earning his degree after 5 years of schooling and working in the school’s co-op program. He gained experience working on many civil engineering projects including some with the Tennessee Valley Authority and the design and construction of the Walt Whitman suspension bridge joining Philadelphia and New Jersey.

After graduating in 1958, Jaime returned to Colombia for 3 months before deciding to return to the USA to start his career. One of his co-op employers offered him employment and sponsored his green card enabling him to obtain a permanent resident visa. Jaime was required to register for the US Selective Service and in May 1959, he was drafted into the US Army. He spent 2 years in the US Army with the Corps of Engineers including assignments in Thule, Greenland and Hancock, MI working for the Snow, Ice and Permafrost Research Establishment (SIPRE). During his tour in Michigan, Jaime met the love of his life, Jean Walstrom. The two were wed in 1960 in Bel Air, MD and their marriage thrived for 61 years. Jaime was honorably discharged from the Army in 1961. Together, Jaime and Jean had four children named Jaime, Jon, Janine, and Jay whom they raised in New Jersey and later Maryland. They have 10 grandchildren: Kristoffer, Katrine, Alana, James, Alex, Luke, Ian, Colin, April, and Kevin.

Jaime spent the 1960s and early 1970s working for various civil engineering firms in Pennsylvania, New Jersey and Maryland primarily designing bridges, highways, and tunnels both in the US and Canada. In 1974, Jaime became a citizen of the United States and at the same time legally changed his name to James Adolph Brusse taking the nickname of Jim. Around this same time, Jim had developed a keen interest in writing computer programs to automate many civil engineering tasks and computations. He was able to use these skills to moonlight providing his services to many different clients. This success convinced Jim and Jean that he should start his own engineering firm which he did in the mid-1970s calling it TRANDES Corporation, short for TRANsportation DESign. Over time TRANDES became very successful with major contracts supporting the tunnel design for the Washington, DC Metro subway system. At its peak TRANDES employed over 300 people with primary offices in Lanham, MD and San Diego, CA.

Jim adored his wife, Jean, and was a loving father. His Colombian heritage fostered in him a great love for the sport of soccer which he played as a youth and in college. Later, he shared this love with his children and many other youths by coaching soccer teams (Red Devils and Munchkins) in Maryland for more than a decade.

Even though they lived most of their lives on different continents, Jim had a very close relationship with his brother Adolfo and family. Adolfo is survived by his wife, Elsa and their four children Xiomara, Marta, Dalia, and Adolfo.

Jim’s life story is one of hard work, perseverance, dignity, and respect. He touched and bettered so many lives and in so doing found his greatest legacy.

To view Jim’s obituary or to send condolences to the family please visit www.memorialchapel.net

The Memorial Chapel Funeral & Cremations Services of Hancock are assisting the family with the arrangements. 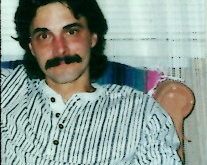 As received from the Reid Funeral Service and Chapel: Joseph Tembreull of South Bend, Indiana …