James L. “Tut” Mayo, age 79, of Baraga, MI passed away Sunday, June 21, 2020 at Bayside Village, L’Anse, MI. He was born in Baraga on June 14, 1941 the son of the late Richard and Elma (Koskinen) Mayo. James attended Baraga area schools. He served in the Army National Guard and was honorably discharged in 1964. James married the former Beverly “Bev” Carkeek at St Ann’s Catholic Church, Baraga on January 25, 1969. James had worked at the former Celotex Corp. and retired in May of 2000. He was a member of St. Ann’s Catholic Church and the Keweenaw Bay Indian Community. James was very handy and had rebuilt their home and garage. He enjoyed gardening and watching the Detroit Red Wings and Detroit Lions.

James’s obituary may also be viewed and condolences sent to the family at www.reidfuneralservicechapel.com 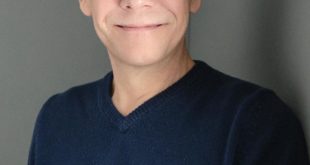