Melvin C. Kangas, 88, a resident of Pelkie, passed away Friday, August 13, 2021, at the Green Tree Health & Rehab of Hubbell where he had been a resident patient for the past two months.

Melvin C. Kangas Melvin was born on July 17, 1933, at St Joseph’s Hospital in Hancock and was the eldest son of Carl and Selma Kangas. He attended the Doelle School in Tapiola. He then graduated from Suomi College which was followed by his receiving a Master’s Degree in Music and Theater from the University of Michigan. Melvin pursued several years of further studies at the Sibelius Academy in Helsinki, Finland.

He was the Music and Theater/Drama Instructor at Suomi College/Finlandia University for a lengthy period of time. Melvin eventually retired and kept active in the world of theater and music. Melvin was well known for playing the kantele. He played the piano and organ at multiple UP churches over the years. He also played the piano at times at the Feedmill Restaurant in Tapiola(Tapiola Diner). He was known for stopping at the restaurant for a light meal or snack. He enjoyed unique cars like his Karmen Ghia convertible and a 1942 Lincoln Coupe. He was fond of raising animals such as his exotic chickens and Scottish Deerhounds. Melvin loved gardening and always had a wide variety of heirloom vegetables and interesting trees, shrubs, fruits and flowers.

Melvin was preceded in death by his parents Carl and Selma. His brothers Ron, Ken and Bob as well as his sister Judy also passed before him.

He is survived by 8 nieces and nephews as well as numerous cousins and in-laws. He will be missed by friends and family. At his request, there will be no formal service held for his passing.

To view Melvin’s obituary or to send condolences to the family please visit www.memorialcahpel.net.

The Memorial Chapel/Mountain View Mortuary of South Range have been assisting the family with the arrangements. 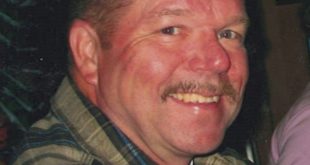