She was born March 19, 1934 in L’Anse, MI daughter of Verner and Clara (Tollefson) Westrom. Naomi grew up in Skanee and graduated from L’anse High School in 1951. She married Robert William Collins on January 1, 1953 in Dearborn, MI. They resided in Taylor, moving back to Skanee in 1976. They owned and operated “The Coffee Shop” for 5 years. She then worked at the Hilltop restaurant, then in ALberta Ford Center for 15 years as a cook and supervisor. Naomi enjoyed oil painting, cooking and baking.

Preceding her in death are her parents and her husband Robert.

A memorial service will be held in the spring. Burial will be in the Skanee Cemetery. The Jacobson Funeral Home is assisting the family. 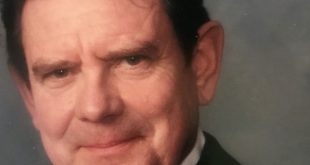