He was born on October 12, 1951 in Chassell to the late Russell and Dora (Dostaler) Bezotte. He was a 1970 graduate of Chassell High School and attended Michigan Tech University. He was employed at The Big Boy Restaurant as a bookkeeper, was the Assistant Manager of the Sound Center in Houghton, at Ed Haas and Company Clothing in Houghton, Houghton Bottling Company, D & N Bank in Hancock, and at the Michigan Tech Employees Federal Credit Union in Houghton until his retirement.

For many years he volunteered his services at the Salvation Army in Hancock. He liked to sing and do crafts with the patients at the Portage View Hospital in Hancock. He loved dogs and spending time at his home.

Private graveside services and burial will be held in the Chassell Cemetery at a later date. Pastor Levi Matteson of Evangel Community Church of Houghton officiating.

The O’Neill-Dennis Funeral Home of Hancock is assisting with the arrangements. To leave online condolences, please go to www.oneilldennisfh.com.

Share
Previous Feeding America Is Out, but Today’s Food Distribution Is On
Next Baraga County Board Salutes Koski 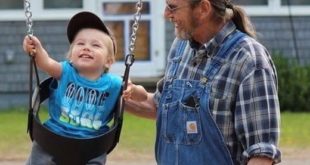