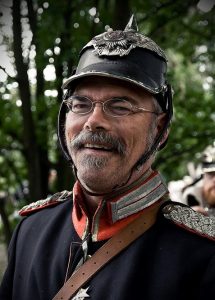 Bob was born on August 27, 1954, to the late Mabel and Richard Kolkka in Chickopee, Mass. Bob grew up in Valley Stream, New York. He attended Rutgers University for BS degree and obtained his Applied Math Masters and Doctorate Degrees from Lehigh University. He began his career as a Math Professor at Rensselaer Polytechnic Institute (RPI) but in 1984 found his way to Michigan Tech where he spent thirty rewarding years as a Professor of Math. He was an outdoor person from the onset having spent many summer vacations at the “camp” in his mother’s home in New Brunswick, Canada. He passion for camping and fishing was fulfilled in the Keweenaw Peninsula. Bob interest in ice hockey developed in his childhood days from arranging and playing hockey games on the local pond with the neighborhood kids. He continued playing until he was fifty years old. Bob was truly in his element living in the Upper Peninsula of Michigan.

Bob always had a special interest in Military History. In 1994 Bob discovered Civil War Reenacting. He soon began to recruit his students. As Bob was often quoted as saying “My primary interest is the history of the U.S. Civil War. As a teacher (preacher) of mathematics, I have always told my students the best way to learn math is to do it and that is in part why I do Civil War reenacting.” Bob’s recruits were indoctrinated at his house in Lake Linden where he setup at 19th century Victorian military camp where he hosted practices. His interest spread to include other Victorian Wars, in particular the Prussian War. In addition to local Civil War reenactments in the Midwest, he and his troops ventured numerous times to the Czech Republic to participate in reenactments.

Bob was slowed down by the effects of Parkinson’s during the last few years, but his interest and enthusiasm for the Victorian Period never waned. He often dressed in his reenactment gear for events at the Bluffs and Gardenview where he spent his last couple of years.

Bob volunteered at the Houghton County Historical Society Railroad Museum during his summers. His reenactment of the Great Train Robbery was a particular favorite.

He is survived by his sister, Maureen Kolkka of Chicago, Il.

The Memorial Chapel & Plowe Funeral Homes of Chassell had assisted the family.