He was born in Detroit, Michigan on October 7, 1953 the son of the late Leonard and Edna (Fortier) Carriere. Roger graduated from Roseville High School in 1973. He married the former Donna Harju in L’Anse in 1976. Together they moved down state and Roger worked in St Clair Shores in the automobile industry for 25 years. Roger and Donna moved back to the UP in 1998 and he worked at Terex and Superior Parts for 16 years until retiring for health reasons. Roger enjoyed reading, collecting semi-precious stones and minerals, fishing and being outdoors. He was an avid movie buff including horror movies. Roger was a Lions and Red Wings fan. He especially loved spending time with his grandchildren, children and his loving wife.

Roger is survived by his wife Donna of L’Anse, daughters Sarah (Joe) Linders of Baraga and Vanessa (Garrett) Williamson of Ashland, WI, grandchildren Aubrey, Ridge and Owen, brothers Kenneth (Shelly) Carriere of Mount Clemens, MI and Glen Carriere of Florida, numerous nieces, nephews and cousins. He is also survived by his dog “Daisy”. He was preceded in death by his parents and his sister Bonnie.

A celebration of Roger’s life will be held from 4 p.m. until 6 p.m. on Tuesday, July 2, 2019 at the Reid Funeral Service and Chapel, L’Anse, MI. Roger’s obituary may also be viewed and condolences sent to the family at www.reidfuneralservicechapel.com

The Reid Funeral Service and Chapel, L’Anse, MI has been entrusted with the funeral arrangements. 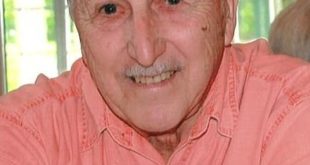 As received from the Ryan Funeral Home: Sharon B. Liimatta 83, of Calumet passed away …