Russell E. Wirsu, 91, a resident of Laurium passed away on Wednesday, September 20, 2017 in Orion, Michigan

He attended Calumet High School and graduated with the Class of 1944. Following high school, Russell enlisted with the United States Navy, serving in World War II.

After being honorably discharged, he met his soon to be wife, Martha.

Russell worked as a police officer for the Detroit Police Department for 25 years, and in 1975, he and Martha returned to the place they called home. Following retirement, he drove the shuttle for Stillwaters Assisted Living.

Russ was an avid outdoorsman, and enjoyed hunting and fishing.

And numerous nieces, nephews, and cousins. 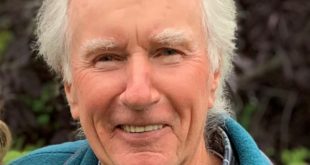