William C. “Willie” Cole, 57, a resident of the Quincy House in Hancock passed away peacefully at home Friday, April 24, 2020, following a short illness.

He was born on May 24, 1962, in Chicago, IL, son of William and Charlene “Sunny” (Brockman) Cole. Willie was raised in Chicago, Il, and South Haven, MI, before moving to the Copper Country. He had resided in South Range for a short time before moving to make his home at the Quincy House in Hancock in 1987.

Willie enjoyed working puzzles when he was younger.

Preceding him in death were his maternal and paternal grandparents and an aunt & uncle Patti & Don Reed.

Surviving are:
His parents: William & Sunny Cole of Klingville
His sister: Monica Cole of Pleasant Prairie, WI
His aunt and uncle: Jayne and Larry Tilley of Rapid City, MI
Several cousins in Michigan, Alaska and Texas
Extended family in Indiana and Ohio
His second family at the Quincy House in Hancock

A graveside service for Willie will be held later this year at the Chassell Cemetery.

Willie’s family would like to thank all the residents of the Quincy House and the staff especially Todd, Jordan, Tom, Lori and Amy for all the love, care and support given to Willie.

To view Willie’s obituary or to send condolences to the family please visit www.memorialchapel.net.

The Memorial Chapel & Plowe Funeral Home is assisting the family with the arrangements which will be announced at a later time. 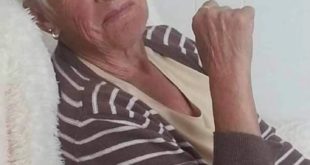