The Calumet girls basketball team will face Kent City in the Division Three state tournament semifinals today at the Breslin Center in East Lansing. Both teams are unbeaten. Coverage will begin at 12:10 in advance of a 12:30 tipoff on KBear 102.3 and KBear102.com.

The winner will face Grass Lake for the state title. This morning’s semifinal contest between Grass Lake and Hemlock was called off early today, after Hemlock was forced to withdraw. The title match is scheduled for Friday afternoon at 3:00.

In the Division Four semifinals, Carney-Nadeau will play Fowler this morning at 10:00 at Van Andel Arena in Grand Rapids. Bellaire and Petersburg Summerfield meet in the other semifinal.

The Finlandia University men’s basketball team has added another recruit. Elizah Miller is a guard from Varnado High School in Angie, Louisiana.

The Detroit Red Wings fell to the Nashville Predators 3-2 in a shootout last night. Goals by Danny DeKeyser and Adam Erne had Detroit up 2-1 late in the game, but a Mikael Granlund power play tally with four minutes remaining forced overtime. After a scoreless extra period, the Predators found the net on their first two attempts to win the shootout. Thomas Greiss made 29 saves for Detroit.

The Wings skate at Nashville again tomorrow night. Coverage begins at 7:15 on 99.3 The Lift.

The Pistons will visit the Sacramento Kings tomorrow night.

Akil Baddoo singled home Harold Castro with the winning run in the bottom of the 10th inning, as the Detroit Tigers edged the Minnesota Twins 4-3 yesterday. Starter Casey Mize gave up a run over four innings, and left with the game tied 1-1. Detroit scored twice in the fifth to take the lead, but Minnesota got one back off Michael Fulmer in the seventh, and tied it with a solo home run off José Cisnero in the eighth.

The Tigers host the Twins again this afternoon. Matthew Boyd will pitch against Kenta Maeda. Coverage begins at 12:50 on 99.3 The Lift.

The Milwaukee Brewers blanked the Chicago Cubs 4-0 last night. Freddy Peralta pitched five innings, giving up just one hit, and striking out eight. Travis Shaw’s three-run homer in the first inning provided all the scoring the Crew would need. Omar Narváez added a solo shot in the fourth.

The Brewers visit the Chicago Cubs again this afternoon. Brandon Woodruff will start against Kyle Hendricks.

Milwaukee has traded infielder Orlando Arcia to the Atlanta Braves. The Crew gets two pitchers in exchange – right-handers Chad Sobotka and Patrick Weigel. Both will report to the Brewers’ alternate training site. Sobotka made 50 relief appearances for Atlanta over the past three seasons. Wiegel appeared in one game this season. The trade opens the door for Luis Urías to take over as Milwaukee’s regular shortstop. 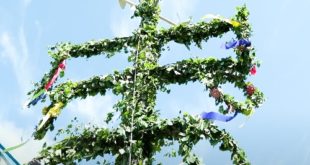 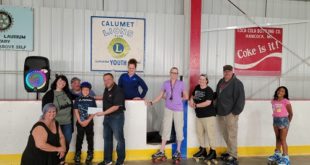